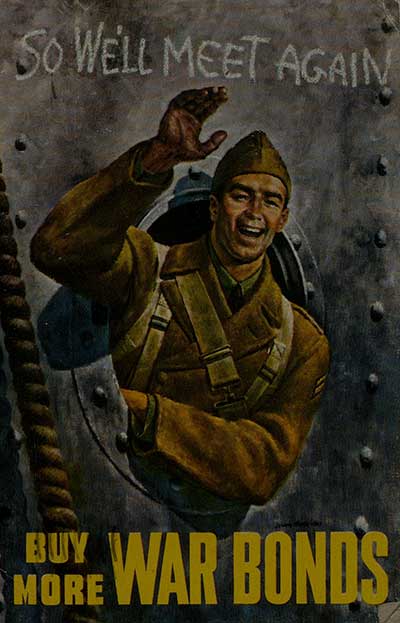 Comprising extensive collections sourced from The National WWII Museum, New Orleans, this digital resource shows how World War Two changed American society and the economy, how it impacted individuals and their families, and the legacy of the war in human terms. From enlistment and training to deployment on the US Home Front or on campaigns overseas, the personal stories of these men and women demonstrate the broad spectrum of American involvement in the conflict.

American military and civilian participation in all major theaters of operations is represented, whilst service branches range from the army, navy and air force, to the marines, merchant marines, coast guard, women’s forces and medical personnel. Personal letters, diaries, photographs, artifacts and military records offer insight into operations in the Pacific, the D-Day landings in Europe and the post-war occupation of Germany.

Alongside the archival collections and artifacts, the oral history video interviews conducted by The National WWII Museum provide opportunities to learn about the personal experiences of veterans in their own words. They offer an invaluable insight into the involvement of American men and women in World War Two, both in a military capacity and as civilians on the Home Front, as well giving a voice to individuals who emigrated to the United States as a result of the war.

The interviews demonstrate a wide range of experiences, including:

All editorial decisions relating to this project have been made with great care, consideration and with the utmost sensitivity.

Every care and attention has been paid to preserve the historic authenticity of these documents. Any terminology that may be deemed discriminatory or offensive by present-day principles may have been preserved for the historic accuracy and relevance to that particular document.